The best thing about the Fall 2017 season was that everyone played in every match, whether official or exhibition. We had a lot of team spirit and good parent involvement. The best match was our first, when we beat Saddle River Day 4-1. Emma Hazelton ’21 won a tiebreaker at 7-7 that required her to come back and play under pressure. The whole team was there to support her effort. Our last match was also a season highlight because we played a tough team from Montclair Kimberly Academy (MKA), which plays all doubles players. MKA played only their seventh graders but still beat us 3-2. Every match except one went down to the last game to decide the winner. Afterward, we stopped at Wendy’s to grab a team dinner (eaten on the bus). While the matches were important, the best part of the season was the practices where the girls played hard and had fun. Every player improved in terms of serving percentages and the number of forehands and backhands hit in with consistency.

The 2017 Middle School Girls’ Soccer team experienced a growing yet challenging season, featuring both a string of individual season-ending injuries and a team-wide hard-nosed and aggressive style of soccer. The team included eighth graders Angie Victor ’22, Olivia Asteris ’22, Amber Carr ’22, Leah Baker ’22, Jess Becker ’22, Lucy Jerome ’22, Diana Mendoza-Zavalas ’22, Finnula Papailas ’22, Dominique Williams ’22, and Hannah Model ’22. These young ladies were tremendous role models for the younger players and set the standard for playing with determination and grit. On behalf of Assistant Coach Mimi Garcia and myself, I want to thank each and every girl for giving her time, effort, dedication, and commitment this season. We’re looking forward to helping them learn and improve next season! Congratulations, Bulldogs, for a fun season!

Great season, good growth, and excellent team wins against MKA (the first in a long time) and Alpine. Twelve players scored during the season, which is very high, so we were able to spread that out quite well. Our goalie development program was much more intentional; Assistant Coach Schade was helpful with that, and it went very well. With an excellent group of eighth graders, our team unity and leadership this year was strong. One particularly memorable game was the 2-2 comeback tie against a very scrappy and physical Memorial team. This was a confidence builder and really showed us what we were capable of. Too bad we didn’t get the rematch because of rain. A great season overall!

The Middle School Boys’ Blue Team had a great season, the best one since Coach Ben Fleisher and I started coaching three years ago. We finished with a record of 6-2-1 and outscored our opponents 41-14 overall. Fourteen of our players scored at some point during the season, so we were thrilled with the diversity of goals. Leading in goal scoring were Davis Lee ’22, Rhys Bowie ’24, and Javi Ibarguen ’24; leading in assists were Rhys Bowie ’24, Mikey Minkin ’23, Jayden Morales ’23, Ben Opper ’23, and Carson Reinhart ’24. Our two goalkeepers, Arav Tank ’23 and Matt Haas ’23, made many impressive saves. We definitely improved throughout the season and had a lot of fun. Coach Fleisher and I are very proud not only of our wins but also of the way the boys played together as a team.

The Boys’ Middle School Ultimate Team thoroughly enjoyed its inaugural season. The boys were mostly new to the game, with only three players, George Perez ’22, Armaan Pamani ’22, and Joe Murphy ’22, having previously played an organized game of Ultimate. As the season progressed, the group developed and improved by leaps and bounds in just two months. George was a standout both offensively and defensively, while Armaan, Joe, and Luc Gagnon ’22 showed great promise leading the offense down the field. Chris Civan ’22, Wesley Zhuang ’22, and Oliver Young ’22 rounded out the strong group of supportive eighth grade leaders. Despite the fact that our opponents were well-established Middle School teams, the Bulldogs were able to play several close games against their veteran counterparts, including a win against one of the teams from Westfield, whose school system has the strongest Ultimate program in New Jersey. Ultimate has been a varsity sport at D-E for only five years, so this is an exciting time for the Middle School to officially launch its team. The sixth and seventh graders who played this season are a strong group, eager to build on their successful first year.

More than ever before, Middle School Cross-Country functioned as a team this year. Every one of its members enthusiastically volunteered to take on leadership roles and eagerly stepped up to share team responsibilities. Never before had the coaches wondered whether they were necessary at all—the students could have run practice themselves! In particular, returning member Isato Shabazz ’23 took it upon himself to offer advice to new runners, and Ben Tsirelman ’24 always volunteered to carry team supplies on race days. However, this selfless ethos would not have pervaded the group had it not been for two phenomenal role models, eighth grader Charlie Spitzley ’22 and returning eighth grader Ben Aaron ’22. Our last race of the season was a standout success, with almost every member of the team far outperforming earlier race times.

The girls showed tremendous progress throughout the season. Starting off with several newcomers and only five returning players, the team persevered through some early learning curves to emerge as a competitive group of players. Led by returning seventh graders Karina Pink ’23 and Anya Ganeshan ’23, the team was competitive for every point of each game. Newcomer eighth grader Emma Lagana ’22 emerged as a powerhouse server, while sixth grader Emma Brown ’24, returning seventh graders Maggie Yan ’23 and Kate Rotteman ’23, and resurgent returning eighth grader Isabel Cracchiolo ’22 jelled with the leaders in compiling a 2-9 record. Off the bench, newcomers Josie Blough ’23 and Gabriella Carballo ’24 were solid contributors. The team massively improved over the eight-week season and had a lot of fun. 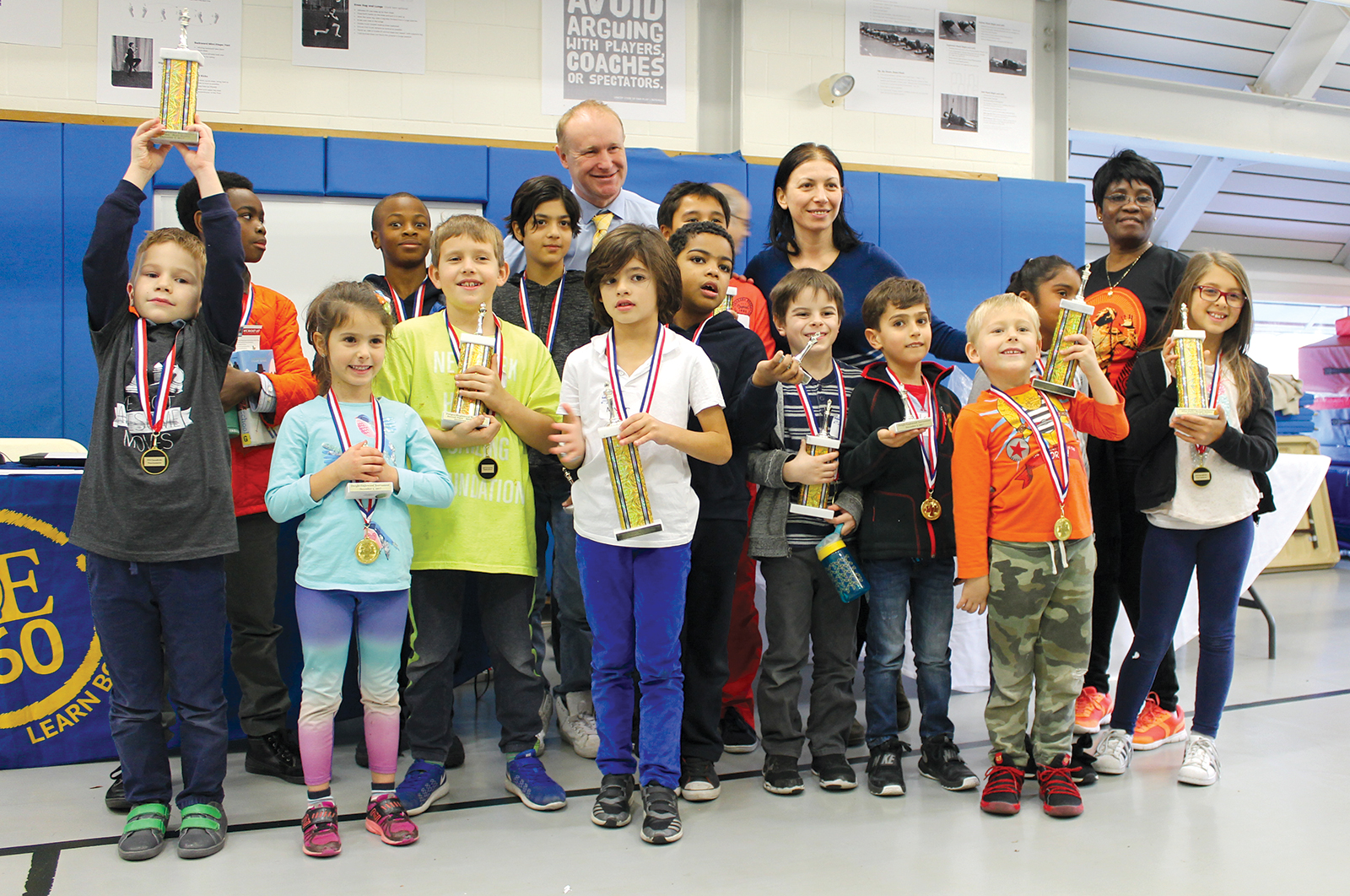 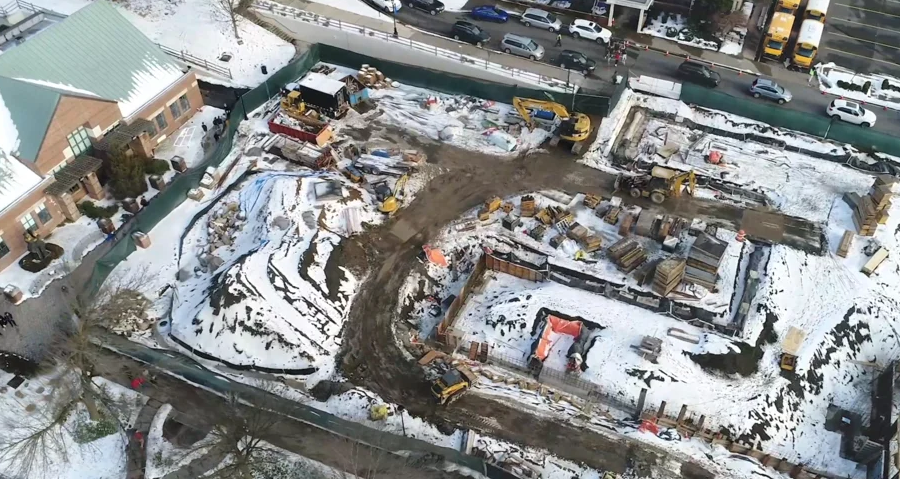 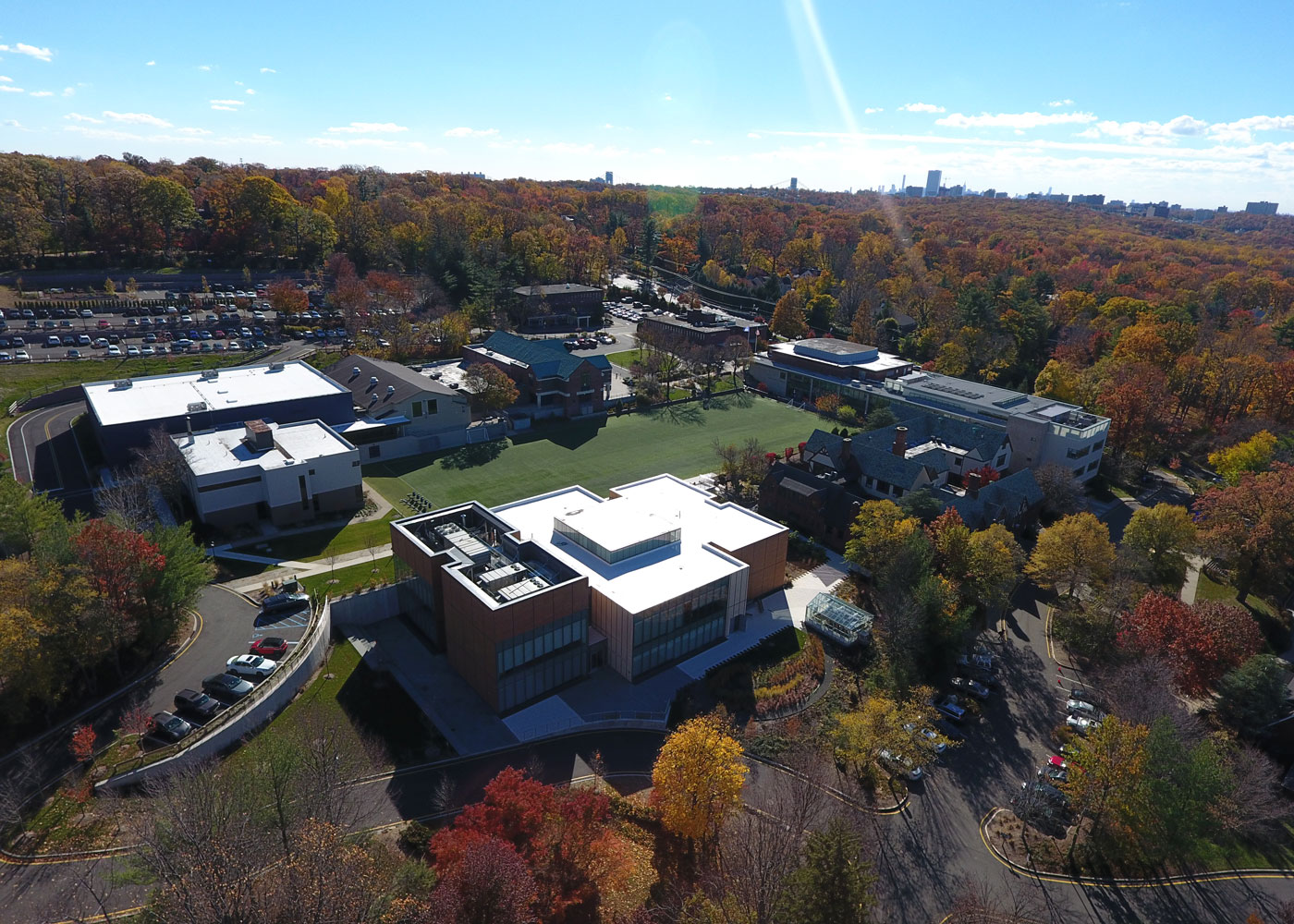