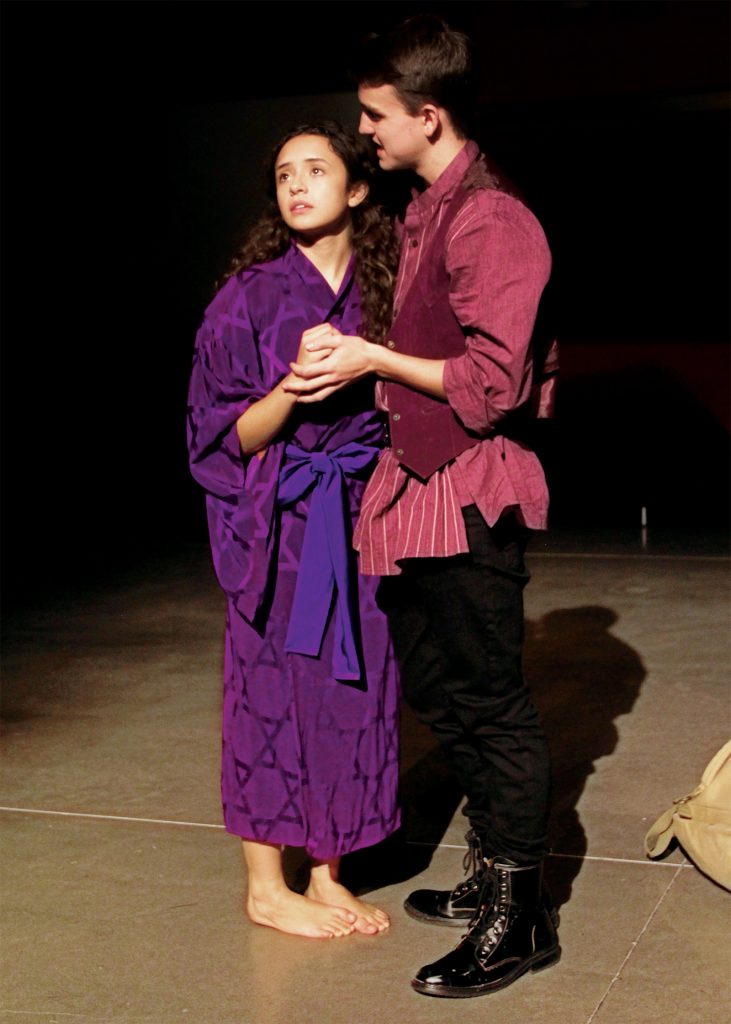 D-E Performing Arts Department’s version of Shakespeare’s Romeo and Juliet performed in November to two sold-out audiences. The production, staged in Hajjar STEM Center for a new twist on the tragic classic, included performances by D-E student and faculty actors. Supplementing the production were pre-recorded video clips of D-E math and science teachers reciting Shakespeare soliloquys, and original photography and drawings by D-E student artists, all of which were shown on the massive plasma screen above the Massoud Steps.

According to Robert Murphy’s director’s notes, “The play has been reinvented and reimagined for well over 400 years. It is one of Shakespeare’s most popular plays and the story has had such resonance with generations of theatre goers, it has made its way into popular culture in films and on stage. Our version takes place in a not-so-distant future where the two families have been engaged in this ‘ancient grudge’ for so long that many, perhaps, don’t remember the reasons why. It might have started because of political differences, it could be religious, or just as easily, socio-economics. Whatever the reasons humanity chooses to hate ‘the other,’ a Romeo and Juliet will be born among them, fall in love, and suffer the fate of the star-crossed lovers.”