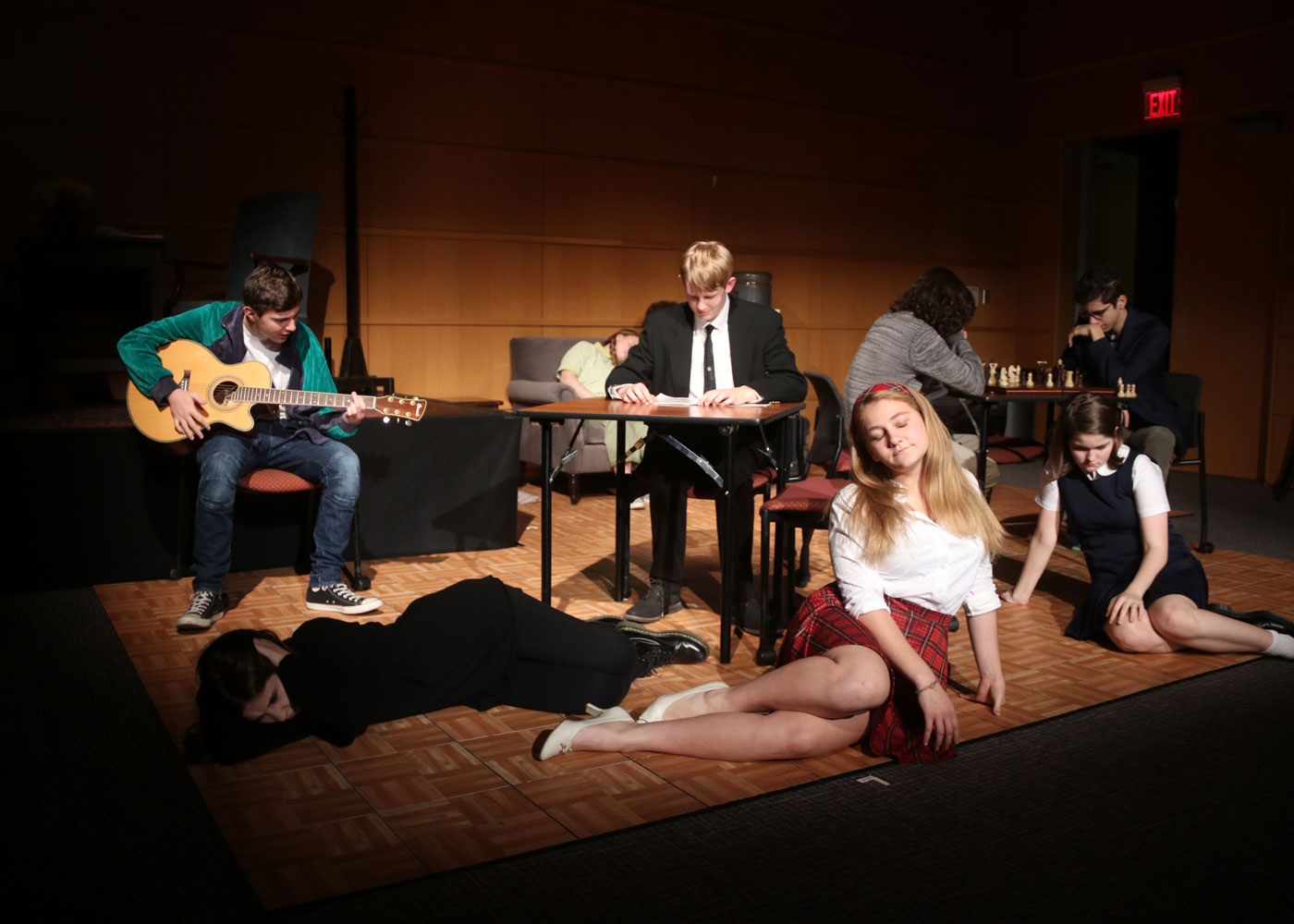 This fall the Upper School Play, David & Lisa, offered D-E audiences a sensitive, thought-provoking, and awareness-building performance on the complexities and many faces of mental illness. Primarily focused on a pair of institutionalized adolescents who form a delicate friendship, David & Lisa is a staged version of the Oscar-winning independent drama based on a fact-based novel by Theodore Isaac Rubin. David is the only son of wealthy parents with a fear of being touched, and Lisa is an orphan with Dissociative Identity Disorder. The play follows their progress and pitfalls during a term at the Berkeley School, a therapeutic boarding school where they have come under the sympathetic guidance of psychiatrist Alan Swinford and his staff.

In the process of preparing for the production, the cast and crew of David & Lisa themselves also broadened their perspectives around mental illness, including participating in a workshop with D-E parent and psychologist Dr. Patricia Brown.

Director and D-E Theatre Department faculty member Carla Moriarty explained in her program notes, “In 1997, I had just gotten back from London with a master’s degree in performance studies and applied for a job in the New York Times asking for “teacher/dorm parents” for a therapeutic boarding school in the Berkshires. Little did I know at the time how this two-year commitment I made to working at this unique institution would change the course of my life. The school was a residential facility that treated teenagers who did not fit in anywhere else, and we worked with the students and their families to get them to a place where they could re-engage with the world. It was there that I first saw the film David and Lisa.”

Moriarty added, “Laughter, heartbreak, and suspense distinguish this authentic and moving love story. The understated charm of David and Lisa is what originally set this intelligent film apart from so many other attempts at depicting problems of mental illness in teens. Having experienced firsthand how this kind of school works for adolescents who face personal challenges, this story is particularly moving to me. Mental illness is a serious issue in this country, particularly for our youth, and it needs to be de-stigmatized, discussed, and addressed.”