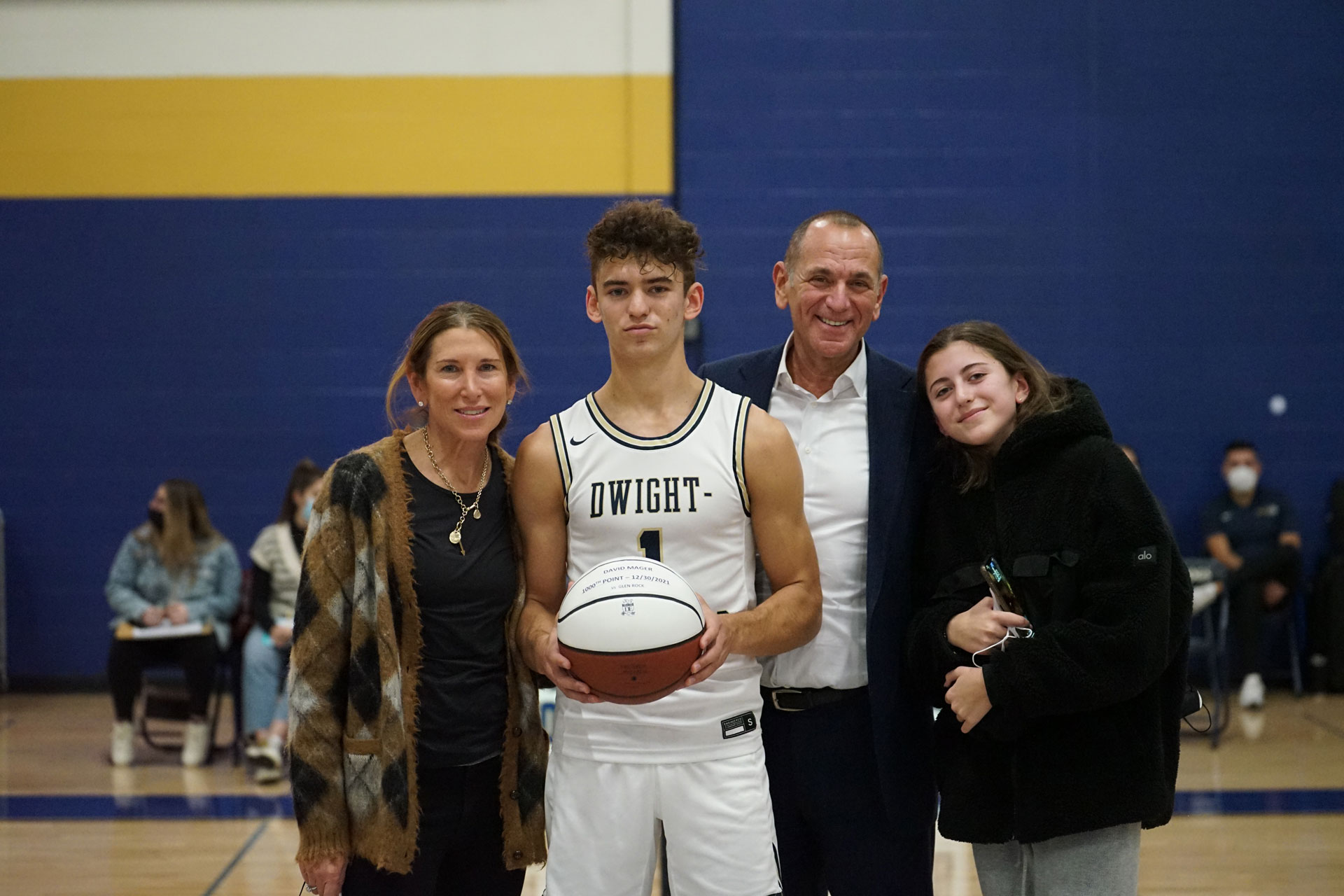 …and joined an elite group of D-E athletes when he scored his 1000th point during the Bulldogs’ 88-75 win over Glen Rock “away” in January!

David was later honored by the School and presented with an official “100th Point Club” ball in a Bulldogs’ home game at which he was joined by his family,  Scott and Tammy Mager and Nora Mager ’24.

During the 2021-2022 Winter season, David was also honored by being selected to the NJSCA / NJSIAA North-South All Star Team, and he was chosen for the Bergen County Jamboree – All Tournament Team. 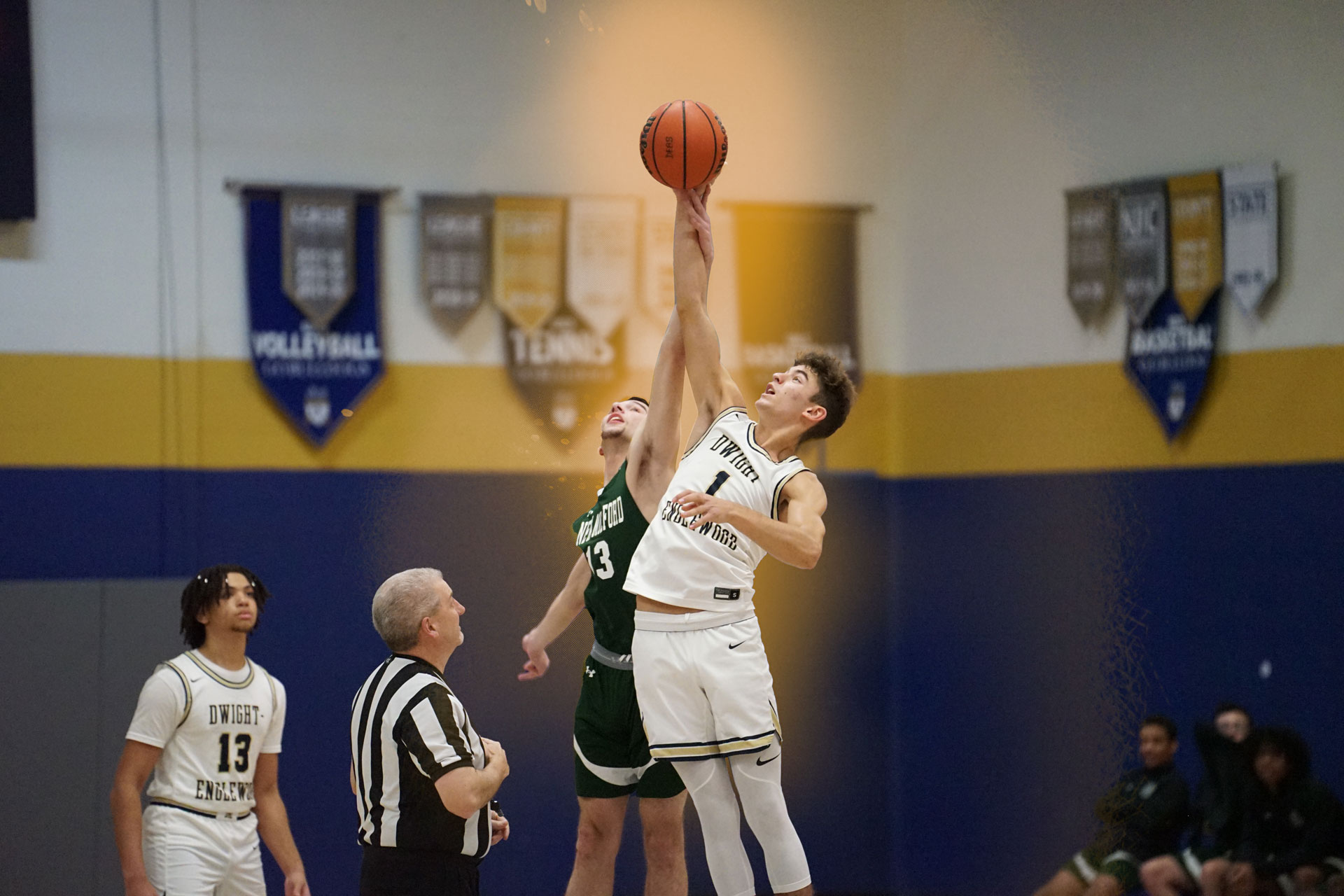