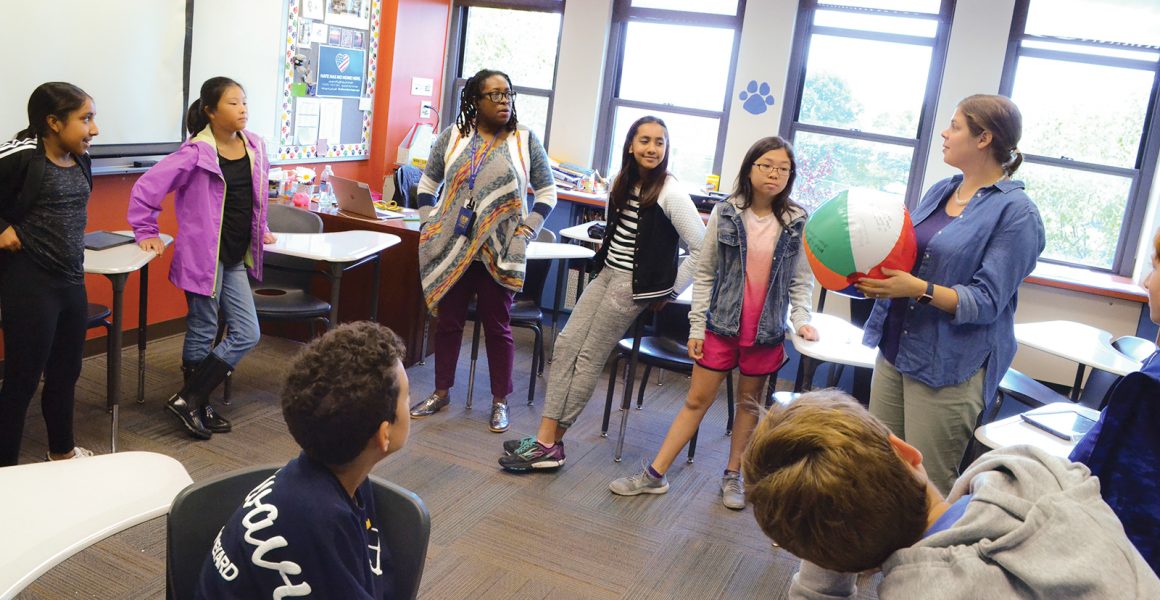 Humans of New York is the brainchild of photojournalist Brandon Stanton, who set out to photograph New Yorkers on the street and “create an exhaustive catalog of the city’s inhabitants,” a project that has evolved into a blockbuster blog, two bestselling books, and a phenomenon in which mere strangers on the street become real people with fascinating stories to share. At a professional development conference recently Middle School (MS) faculty members Julie Luchs and Bryan Kessler together with MS Principal Kathy Christoph learned about a school that had ingeniously incorporated the Humans of New York format into its advisory program. “This school had great success and felt it brought the community closer together,” says Luchs. “We were motivated and excited to try something similar here at D-E.”

…listening to understand, not to react.

A Middle School assembly kicked-off the “Humans of D-E” program.

The Middle School seemed a particularly good fit to embark on this program because the HomeBase (HB) program is built upon D-E’s Core Values and the Student as Learner (SaL) traits together. Luchs explains, “A focal point over the last two years has been exposing MS students to the concept of ‘listening to understand.’ We put this into practice in our classrooms and instructional learning, in the HB Advisory Program, and in our guidance with navigating the social and emotional experiences of being in middle school. Having the awareness and ability to hear another person’s perspective and to listen, even when you disagree, is a fundamental skill in communication. A natural extension is being able to listen to the stories of members of our community in order to get to know them better. It breaks down barriers and instills in our students that getting to know people and listening to them will foster our relationships at D-E.” 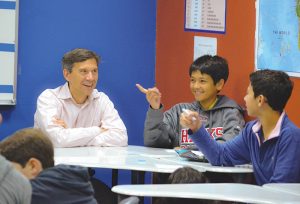 So, the Middle School started Humans of D-E this fall by assigning a “Human” to every HomeBase and then creating a schedule of activities that would help them get to know their Humans.

The first Humans of D-E interaction took place during the Middle School Kindness Day. Students were able to draw connections between how being kind can lead to getting to know people better, which in turn leads to actually understanding and embracing people’s differences. Students were excited to meet their Humans and share some “get to know you” time with them. Prior to and after the Winter Break, students had additional meet-ups with their Humans, including conversations within HB and during lunch. In the process, students interview their Humans to emphasize the concept that getting to know someone makes it harder to dislike them and that the unique people at DE are what makes our community so strong. 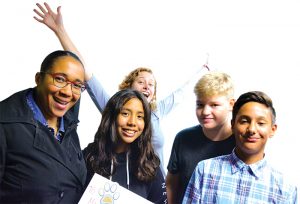 “Providing faculty, staff and students with the opportunity to get to know one another, outside of their own division or classroom, cultivates relationships and enhances our community at D-E,” states Luchs. “Once the interviews are conducted and recorded, the hope is to create a Humans of D-E website. This will allow everyone the opportunity to ‘meet’ members of the community who they might not come into daily contact with. Really listening to people’s stories leads to kindness and empathy.”

In addition to the Humans of D-E project, Middle School community members are learning more about each other through storytelling at Morning Meeting. MS Principal Kathy Christoph started off the year by sharing a story that highlighted resilience. A number of deans and faculty members have followed with personal anecdotes, and some students have also taken part. Topics thus far have ranged from how family backgrounds shape who we are to who has influenced us and why. 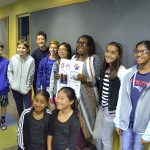 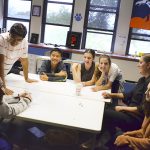 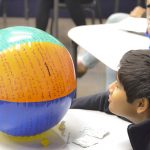 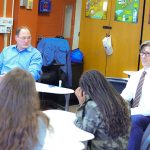