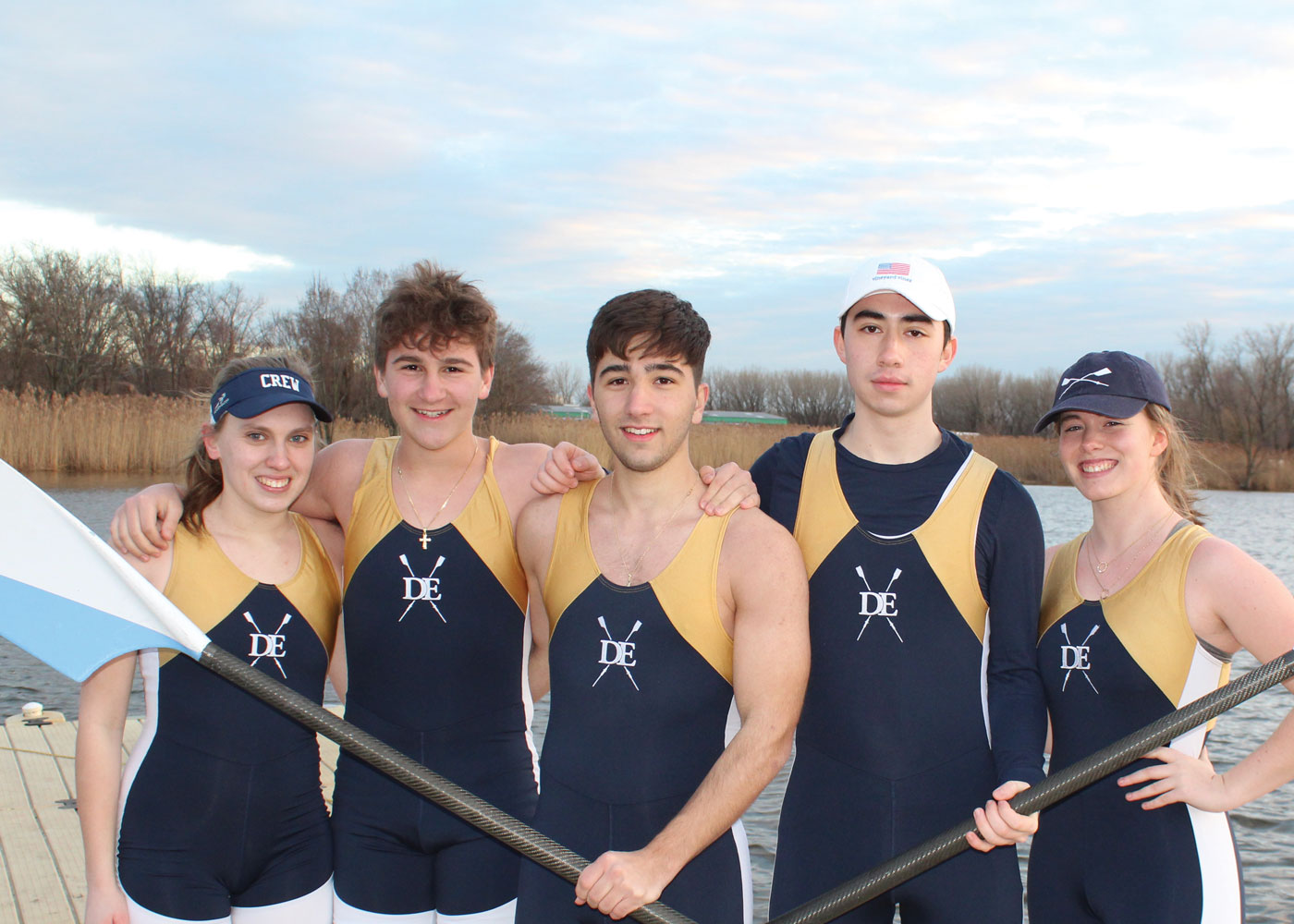 Seeking excellence for me is about rowing. Ever since I fell in love with crew at Bergen County Rowing Academy in seventh grade, all I’ve wanted to do was row for my school. I wanted to share the strength, the escape, and the joy of rowing with my classmates. I started working on bringing crew to D-E my first week of high school, forming the D-E Crew Club, and then proceeding towards gaining new members, creating uniforms, and achieving official team status. I was initially  told that rowing would never become a team for a multitude of reasons. However, after working with two different Athletic Directors, Dr. De Jarnett, my coach Clemens Reinke, and many other D-E staff and students for over three years, the D-E Crew Team finally became a reality. As a senior preparing to leave D-E after 11 years, I take comfort in leaving something behind that will be enjoyed by future students for years to come. I hope rowing can give to them what it gave to me.