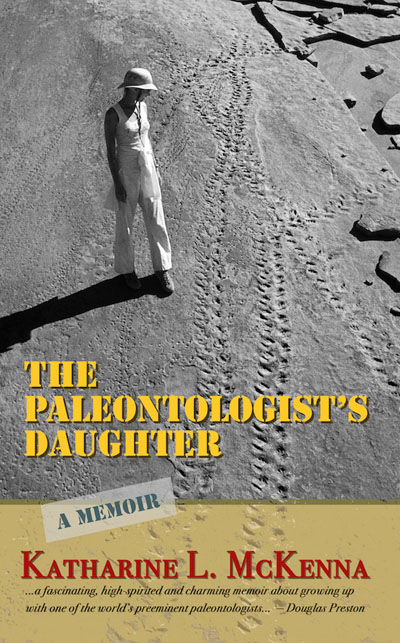 Katharine L. McKenna is the only daughter of the renowned paleontologist Malcolm Carnegie McKenna and his wife, Priscilla, his co-explorer. Did she inherit their sense of adventure and magical skill at finding fossils? Or did she pick up the uncanny ability on their daring expeditions on foot down perilous paths in the Grand Canyon, past Indian graveyards, camping in the still Wild West or running the rapids in vintage handmade wooden boats on the great Colorado River? Katharine takes the reader along on heart-stopping adventures from the moment of her first discovery as a child—a dinosaur tooth—through unique journeys to Easter Island before the giant heads became a tourist destination right through her own bold exploration in the dark through the closed crypt of a Mexican King. Along the way, she finds ancient bones and modern jewels and is often accompanied by a mysterious Navajo spirit. As the paleontologist’s daughter discovers, many precious finds are spiritual and timeless. In this debut memoir, a book as rare as the found dinosaur tooth that launched her career, Katharine L. McKenna proves herself as fine an author as she has distinguished herself in her first career as an acclaimed painter.