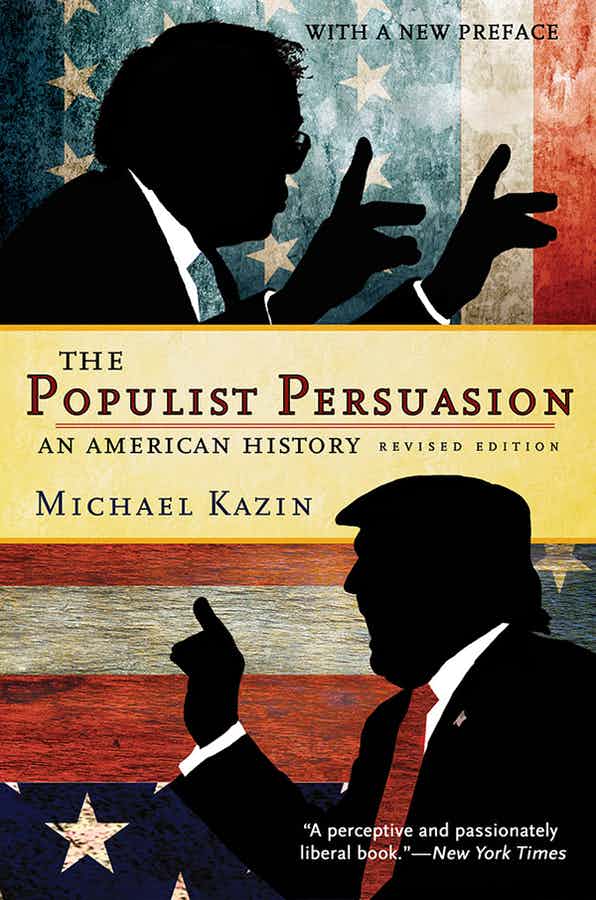 In The Populist Persuasion, the distinguished historian Michael Kazin guides readers through the expressions of conflict between powerful elites and “the people” that have run through our civic life, filling it with discord and meaning from the birth of the United States until the present day.
Kazin argues persuasively that the power of populism lies in its adaptable nature. Across the political spectrum, commentators paste the label on forces and individuals who really have just one big thing in common: they are effective at blasting “elites” or “the establishment” for harming the interests and betraying the ideals of “the people” in nations that are committed, at least officially, to democratic principles. Kazin’s classic book has influenced debates over populism since its publication. The new preface to this edition brings the story up to date by charting the present resurgence of populist discourse, which was front and center in the 2016 elections and in the Brexit debate.