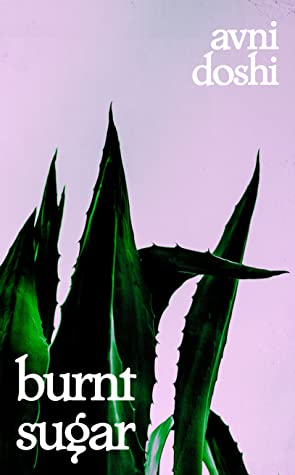 Originally published in India under the title Girl in White Cotton, Avni Doshi’s debut novel, Burnt Sugar, has been short-listed for the Booker Prize, the leading literary award in the English-speaking world. It tells the story of the fraught relationship between a mother, Tara, and her daughter, Antara. In her youth, Tara was wild. She abandoned her loveless marriage to join an ashram, endured a brief stint as a beggar (mostly to spite her affluent parents), and spent years chasing after a disheveled, homeless “artist”—all with her young child in tow. Now she is forgetting things, mixing up her maid’s wages and leaving the gas on all night, and her grown-up daughter is faced with the task of caring for a woman who never cared for her.

This is a love story and a story about betrayal. But not between lovers—between mother and daughter. Sharp as a blade and laced with caustic wit, Burnt Sugar unpicks the slippery, choking cord of memory and myth that binds two women together, making and unmaking them endlessly.