The Investiture Ceremony for then- Head of School-Elect Jeremy Gregersen took place in early December in the Hajjar STEM Center. In attendance during this small, private, but very meaningful ceremony were members of the D-E Board of Trustees, Trustees Emeriti, the Head of School Search Committee, and the D-E Leadership Team. The gathering was at times solemn but also highly inspiring, in keeping with the tradition of an investiture event.

The ceremony officially began when Robert (“Rob”) E. Miller, President of the D-E Board of Trustees, provided remarks which first included words of sincere thanks to then-Interim Head of School Patricia (“Pat”) Gedney Boig. Rob also praised the Head of School Search committee for their commitment to the extremely complicated and critically important process of finding finalists and then ultimately securing Jeremy Gregersen as our next Head of School. Pat graciously acknowledged the work and dedication of the Leadership Team,  which at her request surrounded her behind the podium. Rob then presented a large, inscribed key to the School to Jeremy.

Jeremy followed with inspiring remarks of his own, thanking both Rob Miiller, the Trustees and Search Committee, as well as Pat directly; indicating his excitement for having the privilege of joining the D-E community in the Head of School role; and quoting from poetry by Robert Frost. Jeremy’s remarks at times drew some chuckles as well as applause, particularly when indicating the degree to which his family has been warmly welcomed and embraced by all they’ve encountered thus far in the D-E community. Together with his wife Liz, Jeremy now has moved to Collins House with his son Jack ‘29, who has joined the Middle School, and 3-year-old son Billy.

Families, faculty/staff, alumni and friends of the D-E community are all encouraged to “Save the Date” for the official Installation of Jeremy Gregersen on Sunday, May 7 at 2 PM on Leggett Field. Installation invitation and more detailed information will be provided in early 2023. Questions may be directed in the interim to the Executive Assistant to the Head of School, Annmarie Michalek, via Email at: michaa@d-e.org. 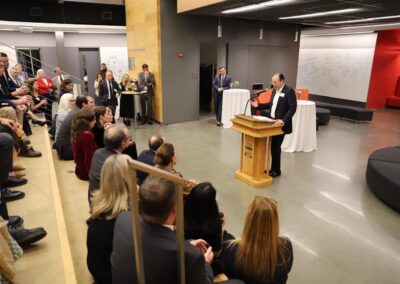 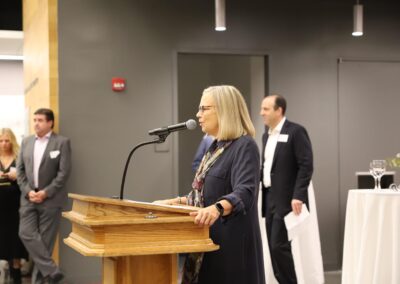 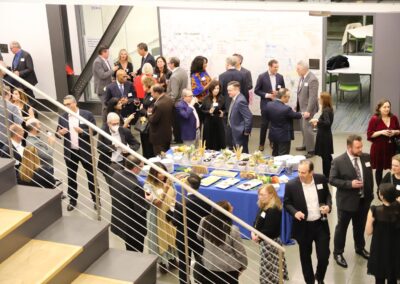 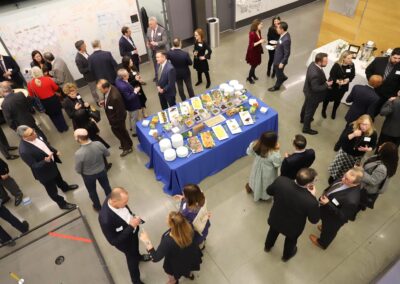 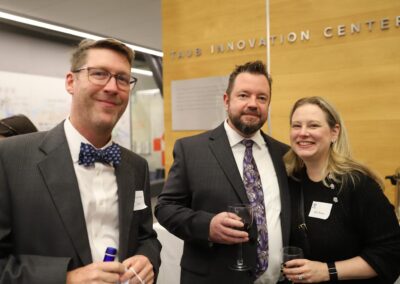 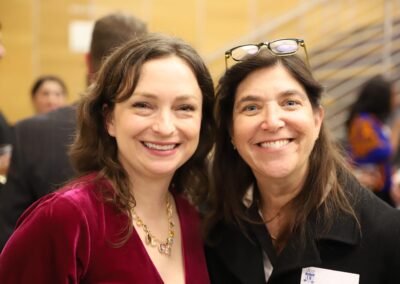 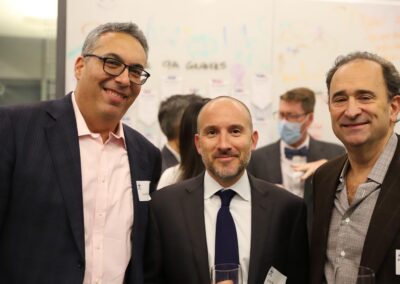 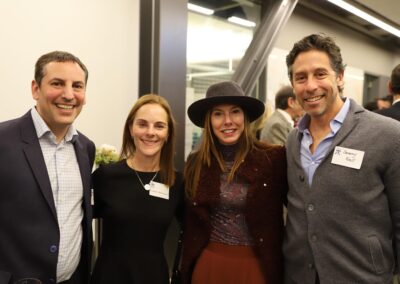 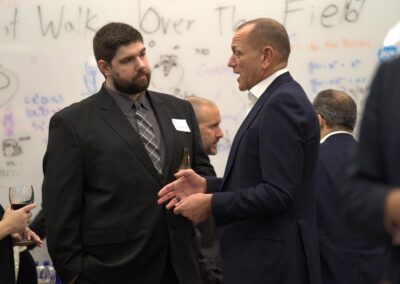 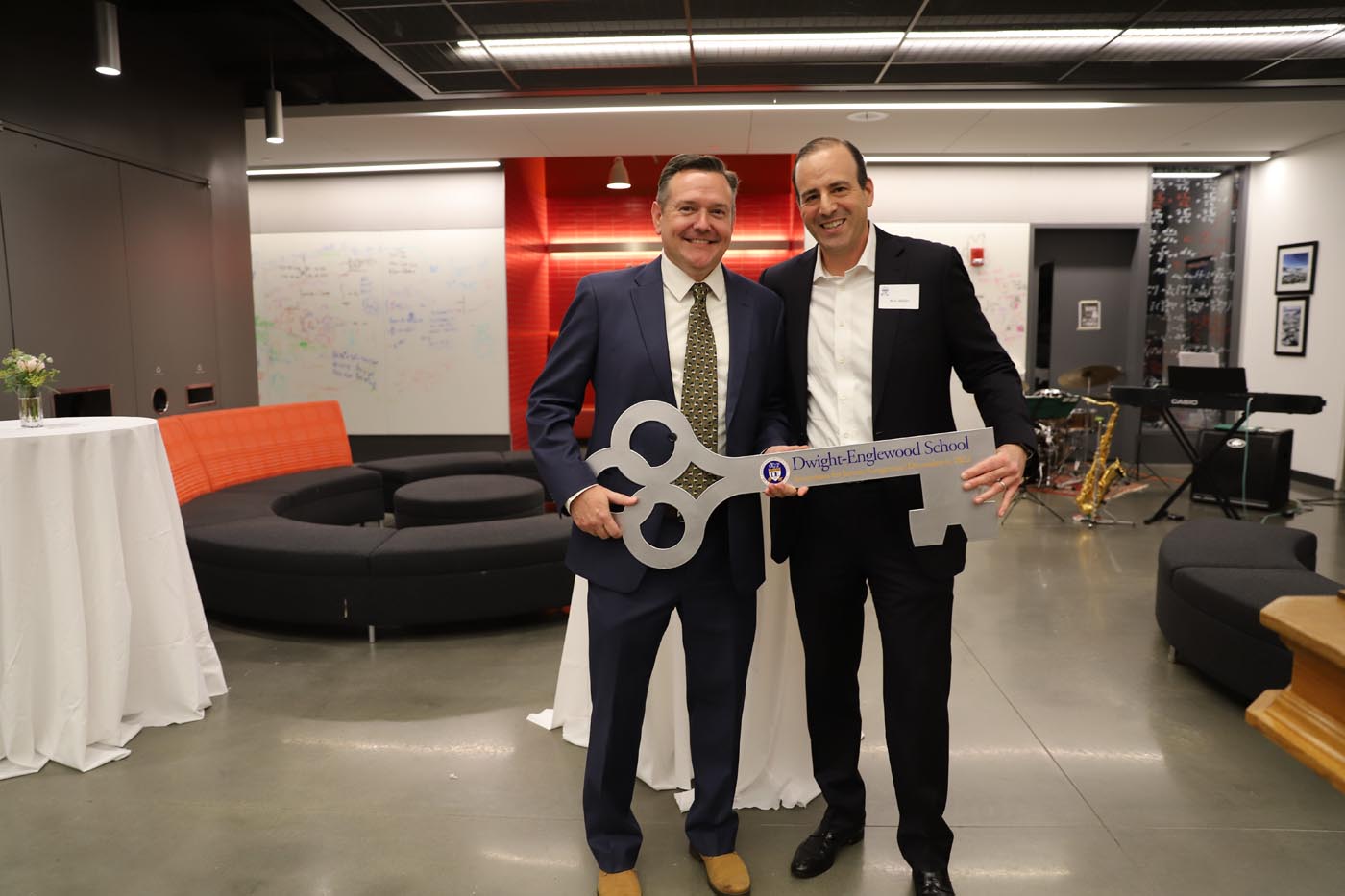 Jeremy Gregersen was presented with a symbolic, custom-inscribed “key” to Dwight-Englewood School by Rob Miller.

During the Investiture, Robert (“Rob”) E. Miller, President of the D-E Board of Trustees, honored and thanked then-Interim Head of School Patricia (“Pat”) Gedney Boig for her “above and beyond” service to the School and presented her with a “small token” of appreciation. 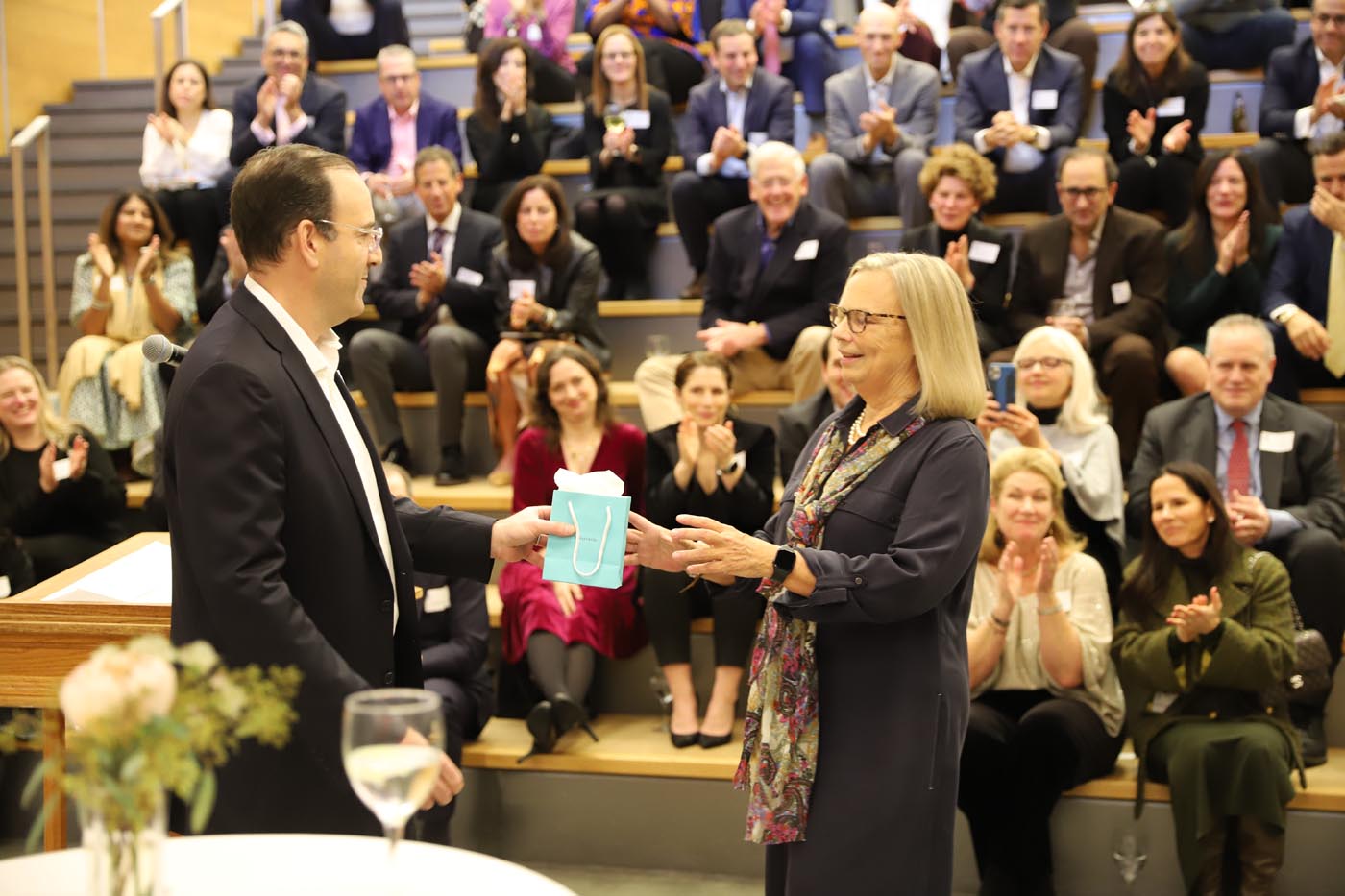 Members of the D-E Board of Trustees, Trustees Emeriti, the Head of School Search Committee, and the D-E Leadership Team all gathered together in Hajjar STEM Center for an early December Investiture event recognizing future then-Head of School-elect Jeremy Gregersen.