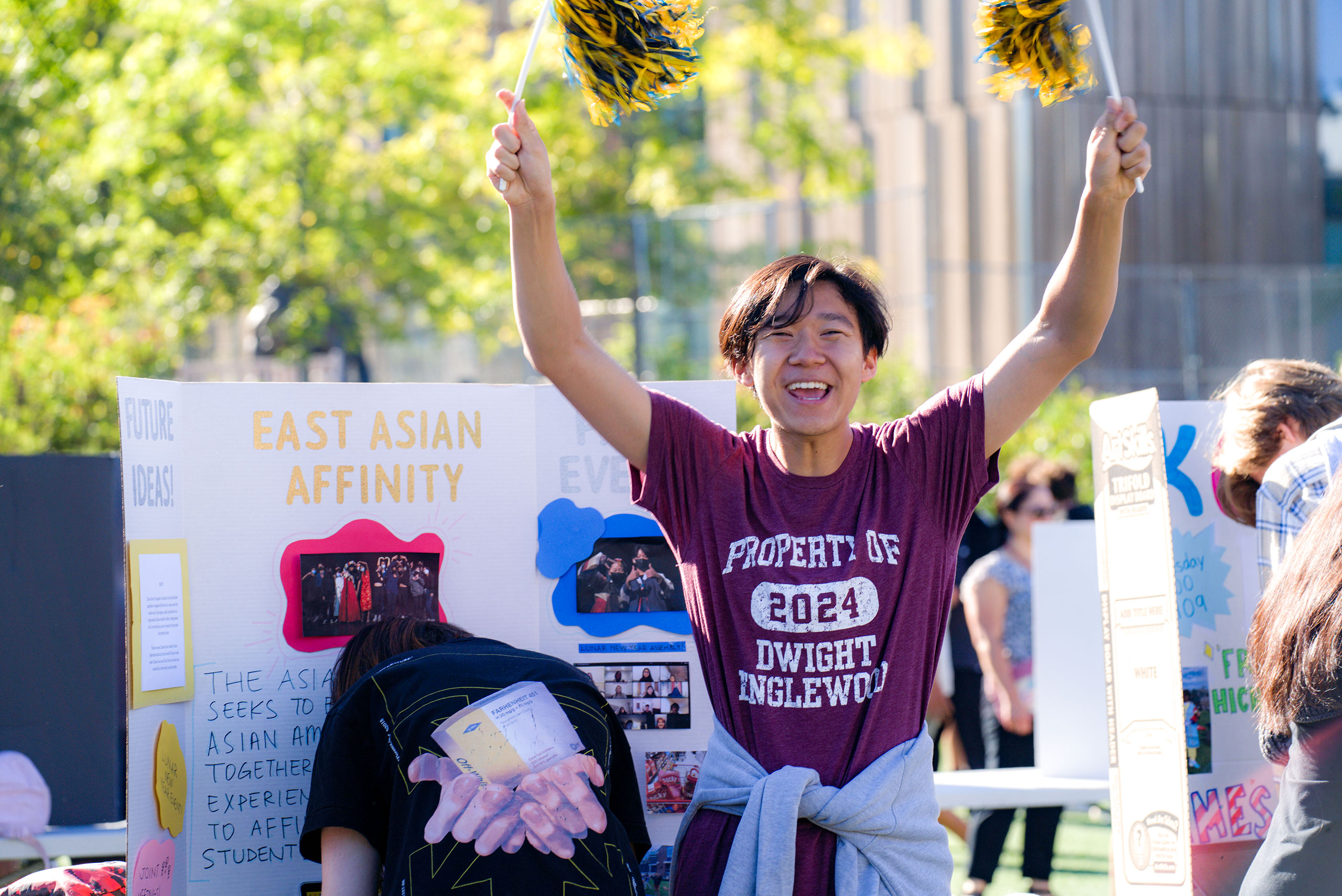 Math Spotlight: “Problem of the Week” with Julien Ishigahara Charupakorn

As part of our Math Department Spotlight for this issue of D-E Today, Julien Ishigahara Charupakorn ’24 talks about the email-based tradition of “Math Problem of the Week”, a weekly challenge sent out to Upper School each week that encourages math for leisure!

Get to Know Julien!

“My name is Julien Ishigahara Charupakorn, and I am in the Class of 2024. I came to the school in 7th grade. I am part of a plethora of club: Dance Club, East Asian Affinity and most notable Math team. Outside of clubs, I have been performing in every school production and I also dance ballet outside of school.”

What is “Math Problem of the Week”?

The Math Problem of the Week is quite literally a math problem I send out each week. It started as an individual idea where I wanted to share my love of math to the whole upper school. For me I wanted to communicate how math is relevant but also can be something that is fun and engaging.

Unbeknownst to me, there was actually another person running the Problem of the Week in the past; however, they graduated and with that the Problem of the Week had come to a halt. When I picked back up the Problem of the Week, I wanted to keep the premise of me sending out a weekly math problem, but I wanted to make it my own and make this project unique to me and my shared experiences at D-E.I like to make problems holiday themed or make funny puns to them or have a premise that is unique to D-E culture. I think that these problems also give people exposure to math in a non-traditional school setting where they can think of the concepts that they are exposed to every day but see them in a different light. Ultimately, I want people to ponder about these problems.

Until the end of the 2021 school year I had only been sending one problem a week, however because everyone is at a different stage of their math education, this year I started to send two problems where one is the same difficulty as before and the second problem is more trickier, requires more complex understanding of numbers and overall pushes you to think outside of the box. Although for me this is twice the work, at the end of each week, I feel twice the joy of being able to share more math each week.

The final component of the Problem of the Week I want to talk about is the announcement portion of it. Once a month, I announce the people who were able to solve the problems sent out in the month. Every single person who is able gets a shoutout and the first person who solves it gets a special shoutout. Each person who solves the problem gets 1 point, and the first person gets 2 points. At the end of the year the person with the most points gets a cool prize. This year I am hoping to not only give a shoutout of the people who solved the problem, but also use the morning meeting platform to share a cool math concept or a cool mathematician or a cool math news that happened recently. I am hoping to reach more people and have them connect in a lively way through these announcements.

What is your relationship with Math? How has it changed or grown?

My relationship with math has been close to my heart ever since I came to D-E. Prior to that math had no significant meaning to me other than “just another school subject.” The beginning of my love of math stems from three simple functions: sin(x), cos(x) and tan(x). I remember to this day the moment I discovered these three amazing functions on desmos and couldn’t stop playing around with them. I said to myself “I have never seen a wavy graph before” in awe. After that, math had become to me one of the most fascinating subjects at school. I loved seeing how math is related to so many things in our lives and the applications of algebra, geometry and my favorite, calculus.

One story I like to tell my friends is how Calculus helps fix my garage door. One day my mom accidentally broke our garage door and so the whole wheel came off the railing and flipped over. I needed to screw the wheel back on it. However the garage door moves from fully closed and fully open very quickly, so I had to think about the instantaneous moment where I screw hole would align with the rail and stop the garage door at that moment. I had to do a lot of graphing in my head but it ultimately worked and saved me a lot of time.

In class. I had never been the best in terms of my math tests or exams, but to me discovering new math relationships and exploring math for the sake of learning has brought me more joy and happiness than any A+ test would.

Are you ready to try a problem yourself? See below!

You are planning to make a Thanksgiving feast for your family. 20 potatoes cost $1, 1 turkey costs $5, 1 green bean costs $1. Suppose you are given $100 and you need to buy exactly 100 items with that money, you must have at least one of each item and you must use all of the money. How much of what would you need to buy to fulfill these conditions? (For example you could buy 100 potatoes with $5 but that will not work because you have $95 left and you only bought potatoes.)

To solve this problem, it is useful to make two systems of equations and solve for each variable. Let’s make the number of potatoes P, the number of turkeys T and the number of green beans G. Because we want 100 items in total, our first equation can be

Next, we can write each variable in terms or cost.

We want the total cost of our items to be $100, so our second equation is

We can subtract our second equation from our first equation to eliminate G in both equations.

We can rearrange this to write T in terms of P

Here, we want integer values of each thing. (Because I don’t think you can buy half of one green bean) 19 is a prime number, therefore P must be 80 to so it can cancel out the 80 in the denominator. This leaves us with T being 19.

We got these values, so the last thing we need to do is plug these values back into our first equation to solve for G.

Finally to find the cost, we can plug the amount of items into the second equation to find their individual costs.