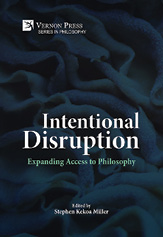 “Throw your precious opinions out the window!”

That philosophy guides the Ethics Department Chair, Sr. Joseph Murphy, for his first-time tenth grade students. Sr. Murphy explains that, “they think of opinions somehow like it’s property that they ‘own it’ somehow, but they really don’t own it fully until they can argue for it. Knowledge in a certain sense is a process, and you have to arrive at a conclusion through a process.”

Over this past Summer 2021, Ethics Department Chair Sr. Joe Murphy contributed a chapter within the anthology Intentional Disruption: Expanding Access to Philosophy (2021) published by Vernon Press. The anthology edited by Stephen Miller outlines how educators in philosophy have implemented the discipline at the pre-college level.

Students are always “in process” in class, formulating their ideas, at times, only in Spanish. Joe Murphy’s chapter “Once a Philosopher-In-Hiding: Teaching Philosophy in Spanish in the USA” details his journey from being the language department chair to trailblazing the now expansive ethics department curricula. He is one of few educators to integrate second language education with philosophical inquiry emphasizing that, “language is a way that we identify ourselves. When we talk and when we use language, it’s one of the ways that we make sense of the world.”

Philosophical education in high schools is often attributed as “critical thinking”. Sr. Murphy argues that what precedes the idea of “critical thinking” is first philosophical inquiry. He has seen what it provides in little moments: parents amazed with how their children have learned to discuss hard questions over the dinner table. Sr. Murphy hopes and implores other schools, administrators, and philosophers-in-hiding to take the leap. After all, they will become the philosophers and leaders of our future.

Meredith (“Mimi”) Garcia had the unique challenge of teaching “Apocalyptic Lit” amidst the COVID-19 hybrid year. Still, the central questions of the course remained, “Will the apocalypse bring total annihilation, transcendence, bloodthirsty zombies, or all of the... 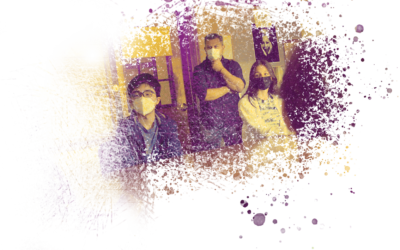 The genesis of “Beyond Empire” comes from a personal place. As a first-generation American of Trinidadian immigrants, who came to the US amidst Trinidad’s independence from the UK, Stephen Bailey finds that it is imperative to trace these stories. The central...