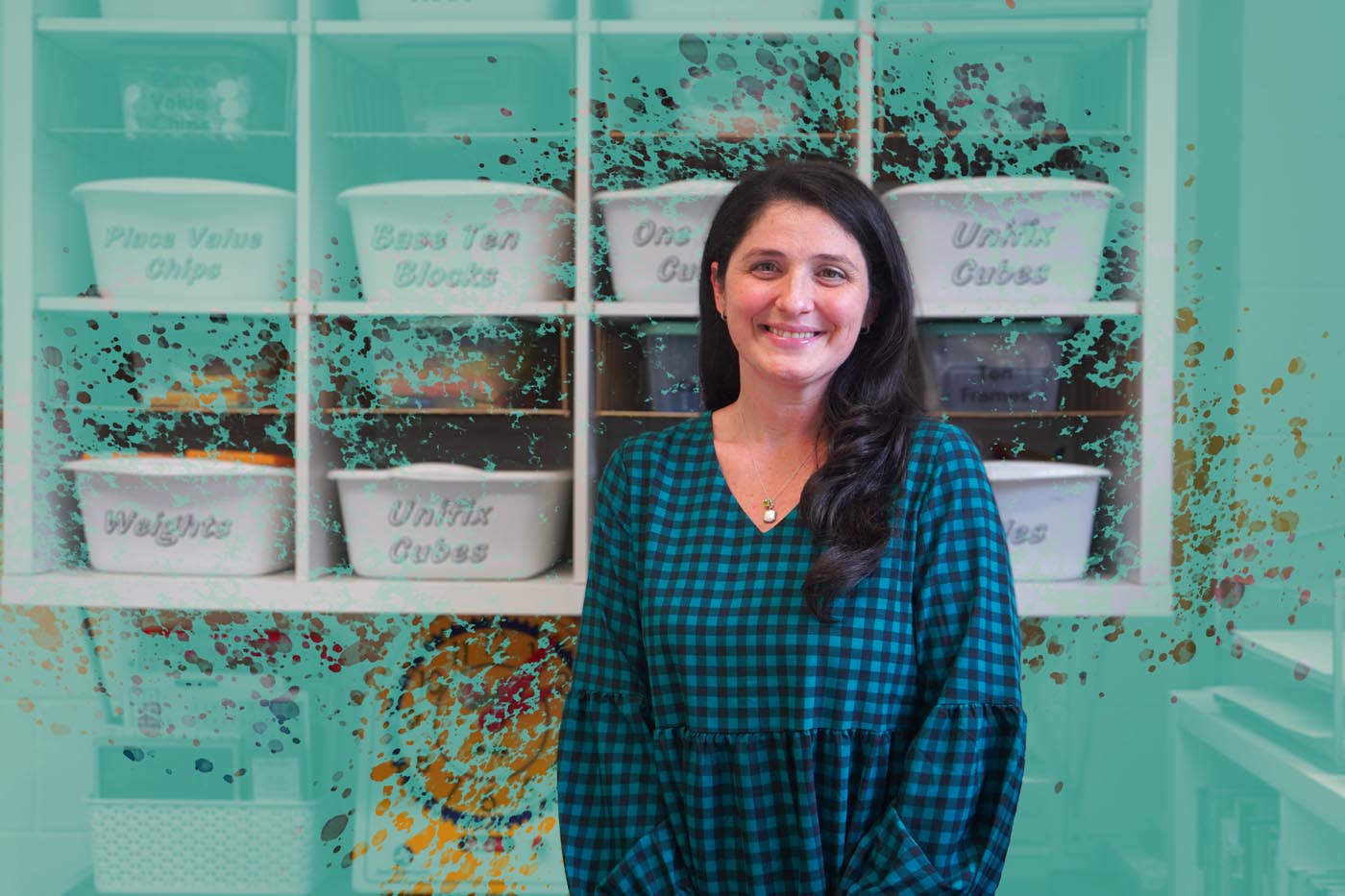 This year will be Jessica Massei’s 19th at D-E. After working with mentor and math specialist, Cecily Gottling, for many years, Jessica felt inspired to take on the mantle of math specialist after the hybrid-learning year with her third grade class.

In the Lower School, the buzzword is Singapore Math. The term was coined in the United States to describe the curriculum used in Singaporean schools from first to sixth grade. Since its development in the 1980s, the curriculum has become increasingly popular with Singapore ranking in the top three countries for math education according to education surveys,

“When you hear about Singapore Math, it means that anytime we learn something new we will break it down into three parts: concrete, pictorial, and abstract,” Jessica explains, “so for something like multiplication, we’re going to physically make groupings of numbers and explore what that looks like. The next phase would be pictorial: can you draw that representation? Sometimes it’s drawing tallies or bar models. Eventually after you’ve had these experiences, you can think abstractly about what these symbols actually mean. “

The guiding intention behind the curriculum is for students to understand concepts deeply. Math is often associated with memorization of numbers and tables. However, memorization is just one of many tools and steps to gain mastery of mathematical concepts. What’s important is how students come to their own conclusions, “a student can tell me what seven plus six is, but how do you know that?” Jessica continues, “The student who can say, ‘well, it’s thirteen because six plus six is twelve and one more is thirteen,’ is demonstrating flexible thinking.”

During the week, Jessica meets with teachers on how to best present new materials and meet students’ needs. At the same time, Jessica visits classes to teach lessons herself and coach new faculty who are new to the school and Singapore Math. It’s a team effort to encourage students to not only master math concepts but also to recognize that math is everywhere. More than anything, Jessica is inspired by students’ creative ways of coming to a solution and their enthusiasm to share their learning with others.