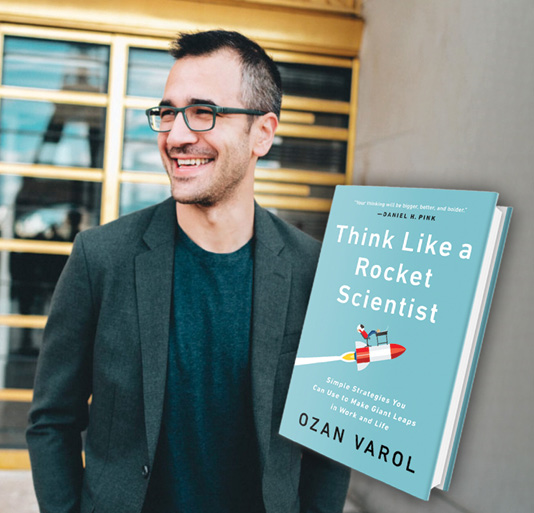 This fall, Head of School Dr. Rodney De Jarnett hosted a special Zoom assembly presentation for Middle and Upper School students with the best-selling author Ozan Varol (Think Like a Rocket Scientist).
All parents/guardians of D-E students were also invited and encouraged to attend.
On the right are excerpts from a letter sent by Dr. De Jarnett to introduce Varol to our community prior to this memorable virtual gathering.

To learn more about Ozan Varol and his book, Think Like a Rocket Scientist, visit www.ozanvarol.com

An Excerpt of a Letter from Head of School Dr. De Jarnett introducing Ozan Varol

An Excerpt of a Letter from Head of School Dr. De Jarnett introducing Ozan Varol

“… always looking for inspiration and new ideas when life and work are especially challenging, I have found Ozan Varol’s book to be one of the best books I have read of late.

So who is this author Ozan Varol? Borrowing from various online resources including his website page (ozanvarol.com/about), he IS (actually) “a rocket scientist, award-winning law professor, and author of non-fiction books. A native of Istanbul, Turkey, Ozan grew up in a family of no English speakers. He moved to the US by himself at 17 to attend Cornell University and major in planetary sciences. While there, he served on the operations team for the 2003 Mars Exploration Rovers project that sent two rovers to Mars. He later became a law professor to influence others to make interplanetary leaps on this planet. Varol has written numerous award-winning articles that are taught in colleges and graduate schools. His work has been featured in domestic and foreign media, including BBC, Time, CNN, Washington Post, Slate, and Foreign Policy.”

It’s worth pointing out too that reviewers and fellow authors of note — including Dan Pink (A Whole New Mind) , Adam Grant (Think Again) and Malcolm Gladwell (The Tipping Point) — all have also raved about Varol’s book. “ 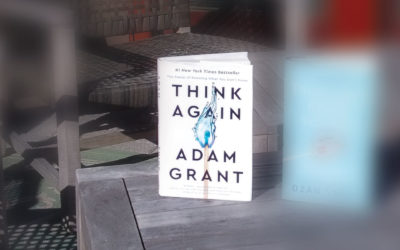 "You have read or heard me describe that the ‘why’ we are together as a community is our Mission. Our Mission lies at the foundation of ‘why’ we are all here. The ‘what’ we do at school (the program, content, skills, activities) continues to change as we help prepare...